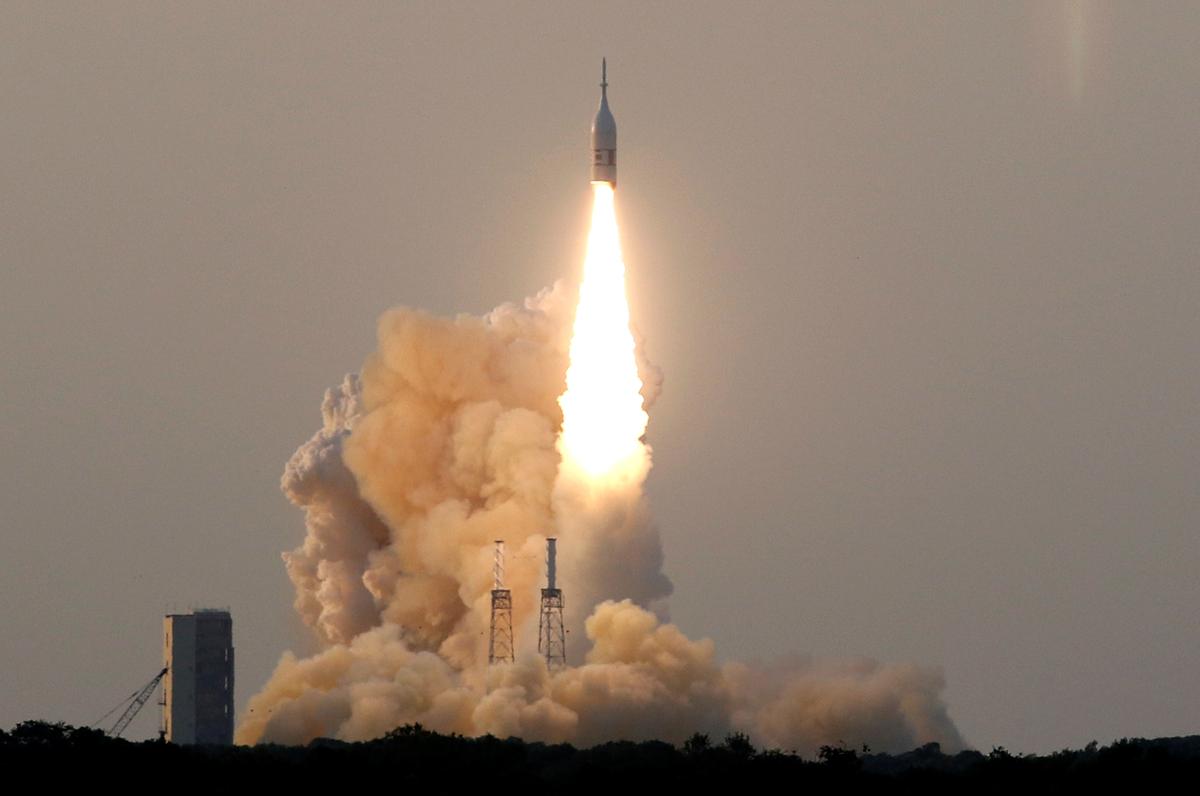 CAPE CANAVERAL, Fla. (Reuters) – An unmanned full-scale NASA crew capsule blasted off from a Florida launchpad on Tuesday in a successful test of the spacecraft’s abort thrusters, an astronaut safety device that will be key as the agency works to return humans to the moon by 2024.

The Orion crew capsule, nearly identical to the model slated to carry astronauts as soon as 2022 atop NASA’s Space Launch System, was lofted more than eight miles (13 km) atop a ballistic missile test booster from an Air Force station in Florida at 7 a.m. EDT (1100 GMT) before firing its three abort thrusters, which would be used to jettison astronauts to safety in the event of a rocket failure.

“It looked like a complete mission success to me,” said Blake Watters, a launch-abort-system propulsion engineer at Lockheed Martin Corp (LMT.N), Orion’s manufacturer. “This is the big check in the box on putting astronauts on board.”

Using Orion and NASA’s Space Launch System, which is being built for a debut flight in late 2020, the U.S. space agency is aiming to return humans to the moon by 2024 in an accelerated timeline set in March by the Trump administration. No humans have launched from U.S. soil since the space shuttle was retired in 2011.

The 22,000-pound (9,979-kg) Orion test vehicle used in Tuesday’s abort simulation plunged into the ocean at speeds of 300 miles per hour (483 km per hour) after separating from the booster, without using the parachutes that would be deployed to ensure a crew landed safely.

Engineers intend for launch abort thrusters to be rarely needed, as they would be used only during a rocket failure in flight.

A two-person crew inside Russia’s Soyuz capsule, used by the United States to carry its astronauts to the International Space Station, last year used its abort system 31 miles (50 km) above the surface of the Earth when the rocket malfunctioned. That was the first such mishap in over 30 years for the launch system.